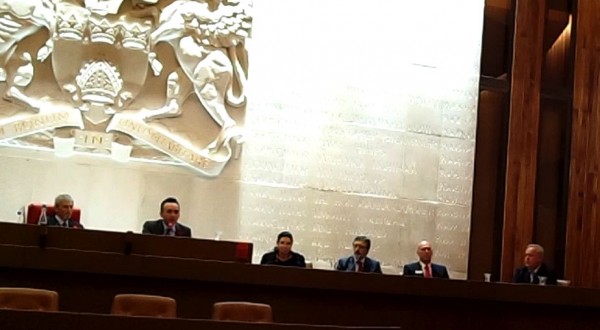 Two of the many fascinating lectures we listened to over this 3-day event were delivered by Dr Damian Downing M.B.B.S., M.S.B. and Sally Pacholok*, R.N., B.S.N on the relationship between B12, Homocysteine (“H”) and ageing.

You may already be aware of the amino acid Homocysteine and it’s properties as a reliable risk marker, and also contributor, for many serious diseases in the body including cancer, diabetes, dementia, Alzheimer’s, heart disease and more.

We now regularly check “H” scores with all our private clients via a quick blood test, as it’s also regarded as an accurate biomarker for stress levels – physical, environmental and emotional.  (When was the last time you had your Homocysteine levels checked?)

One of the key nutrients linked with Homocysteine is vitamin B12 and, when B12 levels drop below optimal, “H” scores are regularly found to be elevated.

Vitamin B-12, or Cobalamin, is the largest and most complex vitamin currently known to man, and is instrumental in the function of all our body systems, especially vision, brain and nerve function.  However a large majority of the population is seriously deficient in this vital nutritional element!

A slight deficiency of vitamin B-12 can lead to anaemia, fatigue, mania, and depression, while a long term deficiency can cause permanent damage to the brain and central nervous system.

Vitamin B12 is manufactured by bacteria, and can only be found naturally in animal products.  However, synthetic forms are widely available and added to many foods, like cereals, to replace the natural vitamins stripped during processing.

Unfortunately many of these are not 100% bio-compatible with our human bodies, and are often manufactured cheaply from low-grade chemicals.

Vitamin B12 can be consumed in large doses because excess is excreted by the body or stored in the liver for use when supplies are scarce.  Stores of B12 can last for up to a year.

Sub-optimal levels of B12 can be caused by poor diet or mal-absorption, and create symptoms such as tingling, dizziness, restless legs, forgetfulness, depression, fatigue, weakness, and even “Grumpy Old Man” syndrome!

Flouride has also been shown to depress B12 levels and, additionally, many of the symptoms of B12 deficiency can be masked or hidden by certain drugs and medications (including Metformin).

Because B12 is found mostly in animal (including fish) products, vegetarians and vegans are especially susceptible to B12 deficiencies, as are existing sufferers of auto-immune disorders and autistic behaviours.

Foods to boost B12 levels include all lean meats (red and white), fish (including crustaceans and shellfish) and eggs.

If Homocysteine levels are found to be elevated, even after addressing issues of stress, fitness and other lifestyle factors, the diet can be supplemented with a combination of B2, B6, B12, Folic Acid and Zinc, which will often bring “H” levels back into the normal range.

NEWS:  “The 9th annual International Medical Anti-ageing Conference will once again be held in London this Friday and Saturday, the 21st and 22nd of September.”

Comment:  It was great pleasure being invited by the organisers several months ago to address this years conference, to highlight the work we’re currently doing in the field of “Executive Longevity”.

Amongst other topics, my presentation will be looking ahead at cutting-edge developments in our industry, including the potential for traditional health and wellness protocols to merge and co-exist with advancing technologies in the future.  And I mean REALLY advanced.

This is by no means mainstream thinking right now, but the technology already exists, and will rapidly become a part of our lifestyles within the next 5 to 10 years, if not sooner, whether we like it or not.

Of course the question will arise, “Do we lose an element of our humanity when we integrate ultra-high tech with our health, and will we end up abdicating our responsibility for self-care to technology?”

I don’t know – it’s possible.  But maybe it’s all to do with our approach and how we frame these advancements as they’re introduced.

Perhaps there’s a place for integrating advanced-tech interventions, treatments and protocols as ENHANCEMENTS to a fundamentally sound physiology.  I could see that, but I believe in order to be truly effective, it would only makes sense to take place in that order.

After all, there’s no point putting a brand new roof on a building riddled with borer…. 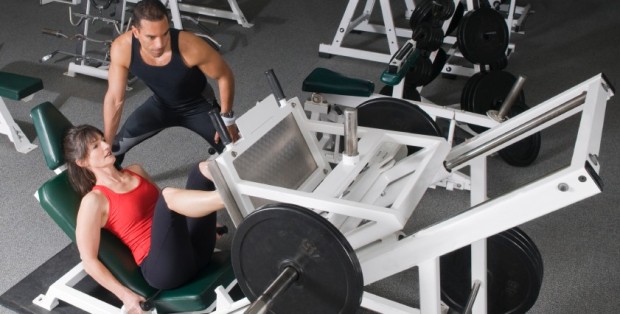 I was interested to read online this evening that Virgin Active (to which our local club belongs) have announced a major re-fit to their Kensington Club – including a wonderful new “Ladies only” training area in the gym.

As long-time health club owners we’re very much aware of how the industry works from behind the scenes.

Sadly, when a club decides it needs to create a special exclusive training area for their female members, it’s usually a sign of weak and ineffective management, and that the club is being run very badly.

You see a successfully run gym floor works around certain rules.  As members you expect everything to be functional, safe, clean, well supervised and respectful of everyone.

So when you get a situation where female members are being driven out, intimidated and forced to retreat to their own exclusive training areas, largely due to the rampant bad behaviour of male members, the solution is NOT to create a new space for them to migrate to.

The PROBLEM is the male members don’t know the rules, and they’re not being enforced.

Typically the club management either don’t know what the rules should be, or haven’t trained their gym floor staff to learn them, or enforce them.

The gym floor staff, in turn, either don’t care, aren’t there, or are afraid to have that conversation with their male members.  And if they did, there’s usually no clear signage to refer to, and/or no back-up or reinforcement from their managers.

If you’re standing on the gym floor, here’s how it looks:

We believe that women have just as much business and right to train in the free-weights area as men and, indeed, possibly more.  Women typically have less muscle strength than men, and are more susceptible to weak bones and collapsing posture than their male counterparts, so therefore have a greater requirement than anyone for access to the weights and machines in order to stay strong, vital and well.

Lifting weights is also THE key element for successful fat-loss – and everyone wants a piece of that, right?

There’s an old, but true, saying that goes, “You end up with what you tolerate”, and it’s especially true on the gym floor.  The weights room can function perfectly nicely for everyone, if everyone (including staff) knows the rules and follows them.

The Hard Edge – Healthy, Wealthy, Wise – The Business of Brainpower

For corporations and individuals in the business of brainpower